About Rod of Iron ministries

Experience the freedom that comes through a relationship with Jesus Christ, the King of Kings. As coheirs with Christ (Romans 8:17), we are to love God and love our neighbor through protecting God’s Kingdom with the Rod of Iron.

The Constitution of the United States of Cheon Il Guk

ROIM is honored to be a supporter of this righteous organization that goes after pedophiles. Join with them in their fight to save the innocents of children.

Jesus says in Matthew 18:6-
"But whoso shall offend one of these little ones which believe in me, it were better for him that a millstone were hanged about his neck, and that he were drowned in the depth of the sea."

Check out Navy Seal Craig's Sawyers efforts to put an end to this satanic enterprise. 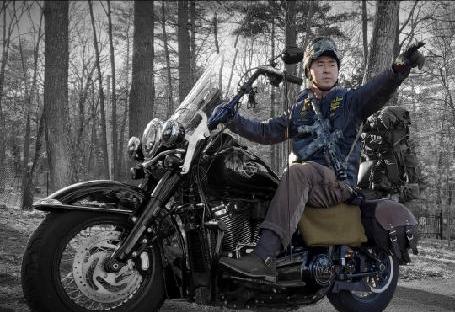 Rev. Hyung Jin Sean Moon is the youngest son of Rev. Sun Myung Moon. He was named by his father as sole successor to his ministry in 2009 and earned a Masters of Divinity from Harvard University in 2010. Following that he held various positions in Korea. In April 2013, he moved to Pennsylvania, where he and his wife created the World Peace and Unification Sanctuary (WPUS). Initially, worship services were held in his home. By May 2014, the congregation grew to the point where a dedicated building was necessary, and the ministry moved to a 13,600 square-foot former theater and Catholic church in Newfoundland, PA.

Pastor Sean hosts "The King's Report," a three-hour YouTube broadcast Monday through Saturday that includes spiritual guidance and political and social commentary from a biblical viewpoint.

He has been a practitioner of martial arts from an early age and currently holds a black belt in Brazilian Jiu Jitsu.

Since 2015, as leader of the Sanctuary Church in Newfoundland PA, Pastor Moon has published "The Constitution of the United States of Cheon Il Guk," which lays out the political framework for the future Kingdom of God on Earth.

"The Rod of Iron Ministries" and the "Gospel of the Kingdom" are at the heart of Pastor Moon's outreach to the body of Christ, based on Revelations 19:15 that the coming Lord will "smite the nations: and ... rule them with a rod of iron," which represents our sovereign Second Amendment rights as citizens, and that, "thy Kingdom come. Thy will be done in earth, as it is in heaven." (Matthew 6:10)

Learn about the Blessing Ceremony